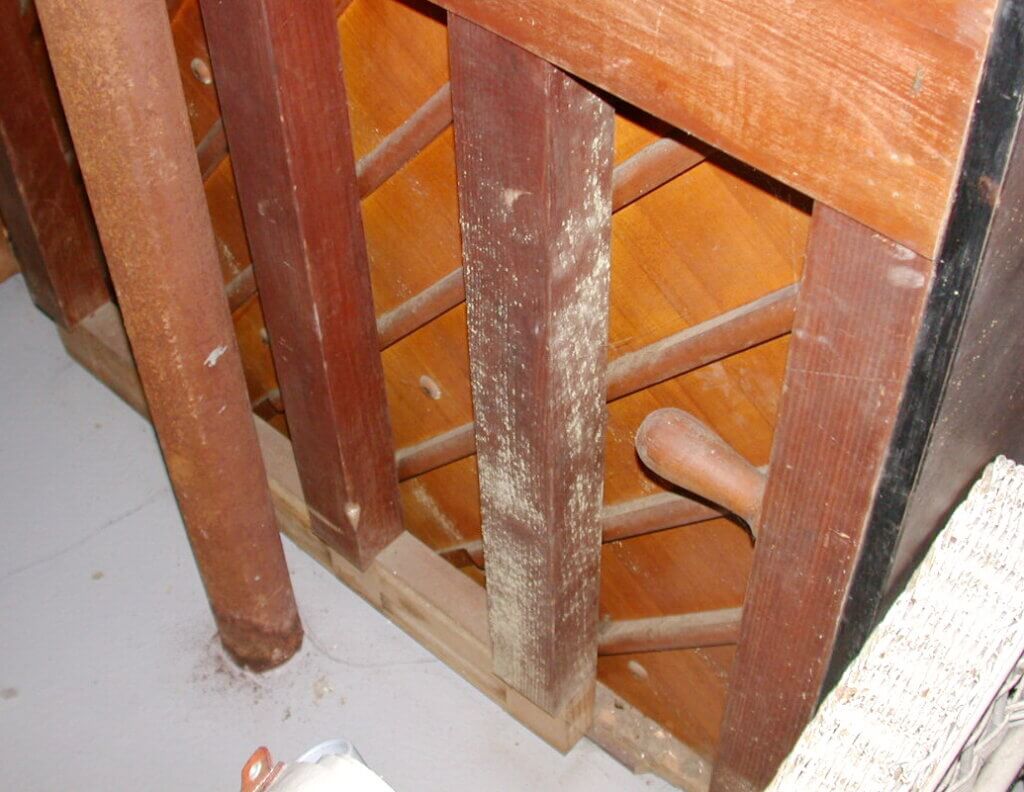 The sources of indoor air quality problems can be within the components of the building including mechanical systems, crawlspaces, and basements. Many IAQ problems, however, arise from what building occupants bring into a building envelope (what I call Trojan Horses). Here are a few examples.

I heard about one woman who had purchased a new couch that emitted formaldehyde. She felt ill shortly after moving the couch into her living room. A doctor determined that she was allergenic to formaldehyde; she felt much better after getting rid of the couch.

I’ve investigated several properties in which new furniture off-gassed butyric acid: a chemical that smells like vomit and that can be a byproduct from the manufacture of varnish, probably due to the presence of cellulose acetate butyrate (CAB) resin. Sometimes wiping such furniture with a diluteammonia solution can get rid of the odor (repeated applications may be needed), but sometimes the furniture has to be replaced. (An acid can be neutralized by a base, such as ammonia.)

I received a call from a parent whose three-year-old son had been suffering from rashes and respiratory symptoms almost since birth. Due to the child’s suffering at night, the parents got very little sleep. In the child’s room there was a small cowhide rug made from many strips of hide sewn together. The mother had purchased the rug for several thousand dollars and placed it in the baby’s room just prior to the birth of their son.

The “pat” sample I took from the rug contained numerous microorganisms, primarily yeast. The mother then told me that she had thought that the rug had a peculiar odor when she unwrapped it, but at the time had assumed the odor was due to the smell of cowhide. The couple immediately removed the rug from the room and complained to the store that had sold it to them. Someone from the store came to their home, removed the rug, and refunded their money. The child’s symptoms abated after the rug was removed, and the parents were able to sleep again.

In my indoor air quality investigations, I take as many air and surface samples as I deem necessary to identify potential sources of particulate allergens and irritants. Since I analyze the samples I take through microscopy, I do not charge clients for individual samples. (I used to be a general contractor and home inspector, but I was also educated as an organic chemist and have taught chemistry, physics, biology, and microscopy.)

Wool rugs and carpeting can emit wool-cuticle particles and/or wool-cortex fibers that can be irritating to inhale and that are indicative of deteriorating wool fibers. The only way to determine if a rug or carpet is emitting these particles and fibers is to take a “pat” sample from the material’s surface.

Several members of a family developed a chronic cough after wool carpeting was installed in their home. The carpeting was an enormous source of respirable wood-cuticle particles and wool cortex fibers. The family moved into a hotel for a few days while the carpets were removed, the floors refinished, and the house cleaned of all dust. They returned and their chronic coughing ceased.

Carpeting and rugs can also be reservoirs for mold spores, pet-dander particles, and other allergens. No matter how often or how thoroughly carpeting and rugs are HEPA vacuumed, all these particles can never be completely removed. In addition, when wall-to-wall carpeting is “steam cleaned” (using hot water rather than live steam), microbial growth can ensue if the carpeting is not completely dry within 24 to 48 hours.

I have often found that people will put that old couch they’ve had for years or that used to be stored in their parents’ musty basement into their own basement family room. Such pieces can be mold reservoirs.

Some families store a child’s car seat in a damp basement or garage and then use the seat again when a new baby is born. Such car seats can be full of mold growth, flourishing on all that spilled food and juice. Then the new member of the family is exposed to the spores.