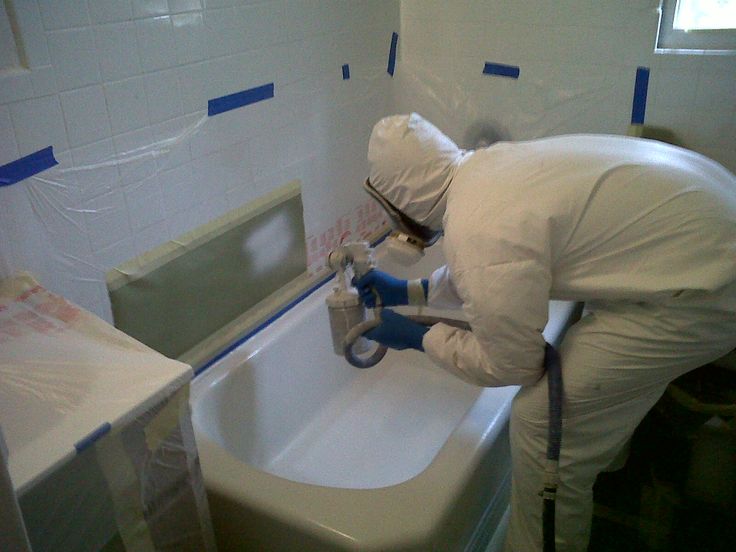 Federal and state agencies have attributed the deaths of at least 17 bathtub refinishers since 2000 to the workers’ exposure to the paint stripper methylene chloride, prompting government actions.

The recent death of yet another bathtub refinisher is being investigated by a Tennessee labor agency.

“Investigators from the Tennessee Occupational Safety and Health Administration continue to look into the events surrounding the workplace fatality of Kevin Hartley in April of this year,” Chris Cannon, communications director for the agency, told Bloomberg BNA June 6.

Cannon referred to the April 28 death of 21-year-old Kevin Hartley of Ashland City, Tenn. His family attributed his death to his exposure to chemicals used during his bathtub refinishing work.

The most recent worker’s death—and additional details Bloomberg BNA uncovered on the deaths in 2012 and 2015 of other refinishers—comes as two federal agencies work to protect consumers and workers exposed to methylene chloride in paint and coating stripping products.

The Consumer Product Safety Commission voted June 2 to include stronger language on household products containing methylene chloride (CAS No. 75–09–2), so consumers would know the products can be deadly and shouldn’t be used in small, unventilated spaces.

And the Environmental Protection Agency has proposed a ban of paint and coating strippers containing methylene chloride along with restrictions on n-methylpyrrolidone (NMP; CAS No. 872-50-4), which can substitute for methylene chloride.

But, industry representatives say they are concerned about government overreach in regulating the chemicals.

The EPA’s proposed ban is a “blatant and raw power grab” of consumer protection authority that Congress gave the commission, W. Caffey Norman, a partner in the Washington office of Squire Patton Boggs, said. Norman represents the Halogenated Solvents Industry Alliance, Inc., which includes companies that have made products federal and state health agencies have associated with bathtub refinishers’ deaths.

Section 9 in the 2016 overhaul of the Toxic Substances Control Act bars the EPA from regulating a chemical already sufficiently managed by another agency, he said.

But the Environmental Defense Fund says the most recent and previous workers’ deaths are further proof the EPA must use its chemical authorities to ban the paint and coating removal uses of the solvent.

“In our view, a ban on methylene chloride in paint stripping products is long overdue,” Lindsay McCormick, chemicals and health project manager for EDF told Bloomberg BNA. “It is literally a matter of life and death. Dozens of workers have died on the job from exposure to this extremely toxic chemical over the past few decades.”

Explicit warnings, label language directing users not to work with products in bathrooms or other small enclosed spaces, and increased customer outreach is a better approach than the EPA’s proposed ban, they say.

W.M. Barr’s comments on the EPA’s proposal “implore” the agency not to proceed with its proposed rule “that would require formulators to discontinue products that have been in use for generations in favor of alternative formulations that are less safe, or less effective and more expensive than the high-quality products we offer today.”

Technically, the commission’s June 2 vote directs its staff to develop the final language in guidance.

Commission staff already told the alliance, however, that they would make very few revisions to the industry-proposed language. The staff’s recommendations are included in a May 26 briefing package prepared prior to the commission’s vote. The label language the staff supported would say the solvent’s vapors are extremely harmful and may be fatal in enclosed, unventilated spaces.

Product labels also should say “do not use in areas where vapors can accumulate and concentrate, such as basements, bathrooms, bathtubs, closets or other small enclosed areas,” commission staff said.

W.M. Barr, which makes products such as Klean-Strip® Premium Stripper, which federal and state agencies have associated with bathtub refinishers’ deaths, told the Office of Management and Budget last December that new labels with the recommended language would be on all products by the end of 2016.

A W.M. Barr attorney and a product compliance director could not be reached for comment. Bloomberg BNA reviewed several product labels posted June 6 and found variations in the precise language, but those labels were consistent with the company’s pledge.

Some of its labels include a small HSIA-recommended pictogram showing a bathtub with a red slash and a warning “Do Not Use to Strip Bathtubs.”

Norman, the attorney representing the alliance, told Bloomberg BNA: “The labeling approved by CPSC staff is sufficient to address the safety concerns.”

“The commission’s action should replace the EPA’s proposed ban, because it addresses the problem the EPA initially was concerned about,” Norman said.

CPSC Staff: Not a Substitute

However, the briefing package the commission staff prepared did not support that conclusion.

“Any action taken by the CPSC would not replace the EPA’s rulemaking and instead, would be an interim measure until the EPA may issue a regulation,” the staff paper said.

TSCA gives the EPA the ability to address both occupational and consumer uses of methylene chloride, CPSC staff said. Thus, the EPA may address risks associated with the solvent and products containing it “in a more cohesive and coordinated manner,” it said.

The EPA’s proposed ban is the right approach, according to the Environmental Defense Fund. The agency can prevent tragic deaths from happening again, it said in a June 5 blog. Any action short of a full prohibition on these paint and coating stripper uses of methylene chloride and NMP “would be insufficient to mitigate the clearly unreasonable risks identified by EPA,” the Environmental Defense Fund said in May 19 comments to the agency. The organization urged the agency to implement its ban and other proposed restrictions “as expeditiously as possible in order to safeguard human health.”

“Washington Poison Center’s 2015 data shows multiple cases of exposure to methylene chloride. In our state, serious illness and death have been associated with using methylene chloride to strip paint and refinish bathtubs,” the waste management program wrote in comments to EPA.

As the EPA prepares its final rule, the agency should “please consider providing financial assistance for small businesses that would need to transition away from methylene chloride,” the King County agency wrote.

“Many small business owners, often in underserved communities, continue to use known hazardous materials simply because they lack the financial ability to invest in upgrades to new machines, processes, and chemicals. A ban without assistance for small businesses could pose a severe burden, potentially resulting in business closure and job losses, especially in less wealthy communities.”

The EPA’s exposure estimates were unrealistic, the advocacy office said in comments to the agency.For example, the EPA’s estimates were based on exposures before federal OSHA lowered its eight-hour time weighted average permissible exposure limit for methylene chloride from 500 parts per million (ppm) to 25 ppm. OSHA issued that rule Jan. 10, 1997 (62 Fed. Reg. 1494).

—With assistance from Marissa Horn and Andrew Ballard

To contact the reporter on this story: Pat Rizzuto in Washington at prizzuto@bna.com

To contact the editor responsible for this story: Rachael Daigle at rdaigle@bna.com

Copyright © 2017 The Bureau of National Affairs, Inc. All Rights Reserved.