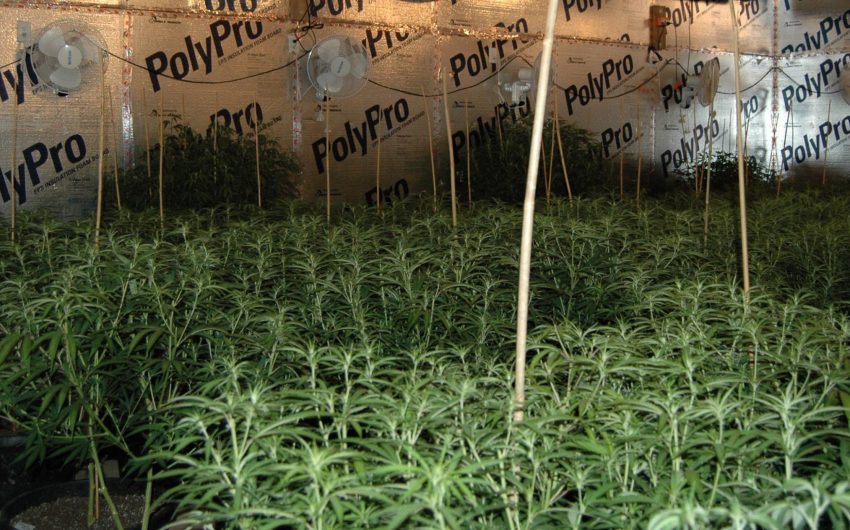 Denver police Det. Brian Matos estimates that marijuana is grown in one of every 10 homes in the city

David and Christine Lynn paid $398,000 for a home in rural Douglas County before discovering that the previous occupants had diverted an electrical line to avoid paying the high cost of power needed to turn the residence into a marijuana grow house.

“They called the electric company and found out the wattage for that house had been huge for the previous two years,” said Rolf von Merveldt, a lawyer who is handling the lawsuit they filed against the previous owner.

Things got worse from there. They found thousands of square feet of mold beneath rugs and drywall in the basement, and a subsequent inspection determined that walls that had absorbed the pungent smell of pot had been covered with Kilz, a primer that can block odors.

Mold in some parts of the home covered drywall from the floor to ceiling, suggesting that the moisture causing it didn’t come from outside the home, von Merveldt said.

No one really knows how many homes throughout Colorado are being used to grow weed, and not all of them suffer the extensive damage that the Lynns found. But law enforcement authorities say they’re seeing more and more houses that have been left with thousands of dollars in damage from marijuana grow operations.

Denver police Detective Brian Matos estimates that marijuana is grown in one of every 10 homes in the city — “everywhere from one plant to 1,000 plants.”

Colorado law bars growing marijuana outdoors in most circumstances, so even those growing a small number of plants legally must do so inside.

Gangs that grow weed illegally in Colorado, then sell it outside the state, grow the product in commercial warehouses, but they also use private and, frequently, expensive properties in upper-middle-class, high-income neighborhoods, according to the federal Drug Enforcement Agency.

Often the plants are tended by people who have little or no experience in horticulture and don’t realize the damage that water and humidity can do to a home.

“We see mold issues, fire hazards. You need more power, so they try to set up their own electrical systems,” Matos said. “Breakers are popping, transformers are blowing out, power cords are sitting in standing water. They try to do this in their basement. How many people try to grow tomatoes in their basement?”

Matos said home meth labs, once fairly common in the state, have been put out of business by cheaper methamphetamine that flows across the border from Mexico.

But remediation of damage from meth is often cheaper than the cost of repairs needed to a home where pot is grown, said Timothy Gablehouse, a lawyer who handles environmental contamination cases.

Since labs are smaller now, contamination from meth is usually confined to small areas of the home where it was smoked, Gablehouse said.

The biggest environmental danger in homes where weed is grown is mold caused by the amount of humidity growers inject into the home. People with asthma and other respiratory problems can be severely affected by mold.

In 2012, a research team from National Jewish Health working with law enforcement entered 30 illegal grow operations and evaluated them for potential hazards including mold, pesticides and fertilizers.

The study concluded that “airborne levels of mold spores that we found inside these structures may subject the occupants, emergency personnel and other individuals to significant health hazards, especially allergies, asthma, hypersensitivity pneumonitis and other respiratory diseases.” 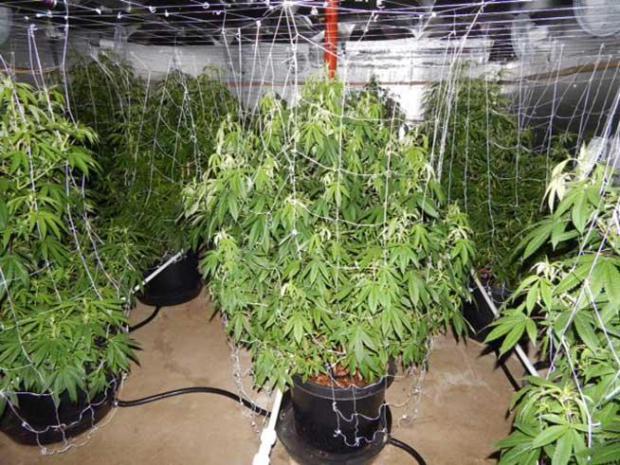 A photo from one of the homes where illegal marijuana grow operations were discovered by Pueblo County Sheriff’s Narcotics Investigators.

Each illegal grow contained between 11 and 670 plants.

“Because grow operations are often concealed in residential properties to evade law enforcement and/or thieves, they are not designed for extensive greenhouse-type operations, especially lacking in ventilation and proper electrical wiring,” National Jewish said.

“If the mold has grown into the floor joists, it can do enough damage to the wood that the house can’t be saved,” Gablehouse said.

He has seen few homes that badly damaged, however.

Illegal growers also sometimes dig into the foundation to tap a power line before the line can reach the meter to enssure they don’t have to pay for the electricity they are using, or to evade law enforcement. “They cap the power line, and how they do it without getting electrocuted has always been a mystery to me,” Gablehouse said.

But mold smells, and the smell of weed clings to a home’s interior. A prospective buyer can often see the damage caused by a grower.

“Mold is a huge cleanup problem, but most people can figure out there is something wrong fast,” Gablehouse said. “They can smell it.”

Judy Sawitsky, of Weecycle Environmental Consulting, doesn’t believe there are that many homes dramatically affected by marijuana grows.

“I think it is a problem, but I personally haven’t seen a large influx of testing for grow houses,” Sawitsky said. “If I was to compare them, I would have nine meth houses and one grow house that someone would want us to test.”

Colorado requires sellers to disclose if a home has been contaminated by meth, unless it has been cleaned up.

State regulators should also require that sellers disclose when marijuana has been grown in a home, von Merveldt said.

“I think the real estate commission has really dodged the issue,” he said.

Colorado’s Brokers Relationship Act requires real estate brokers to disclose known adverse material facts about a home, including mold and other problems that can result from growing pot, said Marcia Waters, director of the Division of Real Estate.

A home where only a few plants were grown is unlikely to have serious problems, she said.

After recreational marijuana became legal in 2014, Waters said, some brokers believed they wouldn’t have to disclose that marijuana had been grown.

“We decided that rather than do one on marijuana, we would do one on the broader issue,” Waters said.