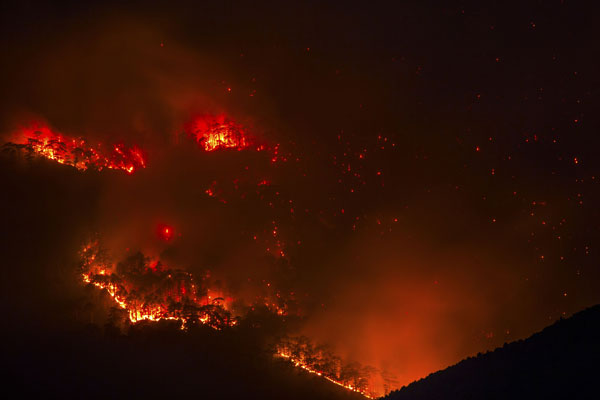 With this issue of Healthy Indoors combining two months of information, we also had two different directions for a cover story. The options were how air quality can affect health for November, and the traditional year-end review for December. When we started to research both topics one thing became clear: air quality and health was in the news non-stop in 2017.

Now Nate Adams has called some of these stories “scare tactics.” You could also call them public relations and/or marketing. For every study produced, there’s a little bit more published awareness of the health effects of air pollution. After all, indoor pollution still has a long way to go in terms of being on the tip of a consumer’s tongue. A recent Google search found more than 64 million hits for “health effects of air pollution,” as opposed to when you add the word “indoor” before air and only get 8 million hits.

This year, we learned about how to avoid negative health effects of air pollution from Consumer Reports. They cited a new study in the journal Lancet Planetary Health that stated, “regularly inhaling tiny particles of pollutants might be linked to poor bone health and fractures.” One interesting thing they suggest consumers do is “walk, bike, or take public transportation.” Also in Lancet, there is recent research from Duke University and Imperial College London that cites air pollution pretty much cancels all the walking, biking and exercise in people over 60.

Air pollution is also linked to poorer quality sperm in men; it makes you worse at your job; it’s grounding planes in Asia; it affects bird health; it increases asthma chances in adults; it may damage your kidneys; it can affect your child’s memory; it takes a toll on solar energy; and if affects the amount of sleep you get. Finally, air pollution could be making you fat, which is really depressing.

There were quite a few wildfires in North America in 2017, but none more heavily covered in the mainstream media than the ones in northern California (and now as of press time in southern California). With more than $3 billion in damage and counting, Google now has mapping vehicles equipped with monitors to test the air. These wildfires are also exposing an age-old problem of outdoor air vs. indoor air. See if you can spot the issue…

So when there’s a wildfire or smog or chemicals in the outdoor air, make sure you stay inside or wear a mask outdoors. Or maybe not, if you don’t want to breathe in microbes? If you have an indoor air problem, the common wisdom is to kick on the air filtration. Or is that air purification? Or why don’t we just open a window… to the outdoors?

If we’re confused, imagine what consumers must be with all of this swirling, sometimes conflicting advice. Bill Hayward of Hayward Homes in Carmel, California advised consumers on Twitter that smoke exposure causes health issues such as headaches, breathing difficulty, sneezing, coughing, foggy thinking, dizziness and vertigo. Don’t disturb the ash, he said, since then it becomes airborne and can get into the lungs.

The ash from wildfires, specifically, can contain as many toxics as were burned, including asbestos and other chemicals.

Read the full article in the December issue of Healthy Indoors Magazine at: https://hi.healthyindoors.com/i/917400-hi-dec-2017/7