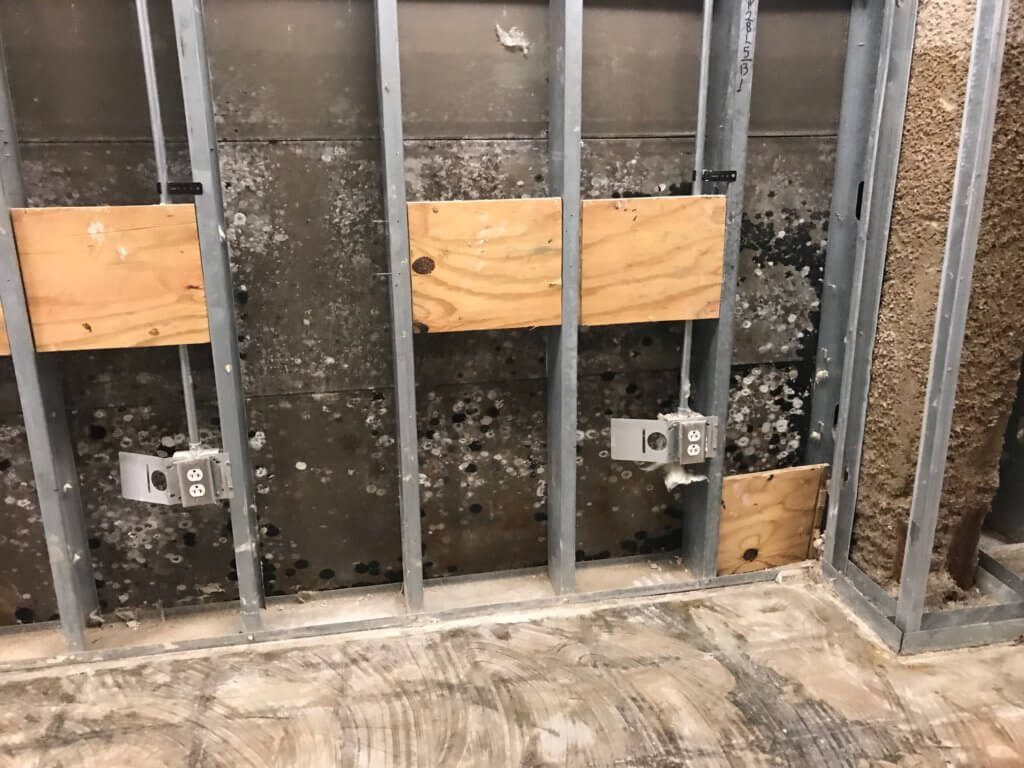 Restoration Professionals Share Their Own Stories of What Happens After Disasters

National media coverage on hurricanes, on average, lasts about a week. Always lots of people getting rescued, always lots of water, always a lot of damaged homes and buildings. Sometimes the media comes back a month or two later to get a sense of the clean-up work, but not very often. In our line of work, the Indoor Air Quality Association (IAQA) offered an amazing real-world view of the work that goes on after the television cameras leave town. At their annual meeting last month in Chicago, four of the group’s members shared the stage about their work and personal experiences after the most recent round of hurricanes in the U.S.

There have been a lot of hurricanes recently, and it’s not that unheard of to get hit by several hurricanes back to back.  In Florida, we were hit first by Hurricane Matthew. We were extremely fortunate with Matthew that it skirted the east coast of Florida. We were hit by a tidal surge and a lot of wind and what doesn’t get a lot of glory are the unfortunate tornadoes that follow hurricanes. We ended up with a lot of localized damage from the tornadoes. The big thing that I want to mention is the time to restore from Hurricane Matthew and the time to restore from Hurricane Irma and the drastic difference between buildings that could be side by side with similar damage.

The second hurricane that hit us was Irma and it couldn’t have zipped through the state with any more devastation. It kind of ripped right through the center of the state. Again, the hurricane died in intensity rather quickly, and we weren’t hit with the substantial wind damage that you would associate with a hurricane. But we were hit again with the isolated tornadoes throughout the state.  These little twisters are pretty devastating, but they don’t necessarily crawl across the state like where Derek Denis and I are from in Oklahoma. They just kind of drop out of the sky, cause devastation, and they disappeared– maybe not to return again. Again with Irma, we had a lot of rising water, much more than with Matthew. A lot of the problems in Florida had to do with high water. One of the things that I always point out to people is you stop seeing a hurricane in the news within a week of the hurricane. It’s lost its luster and the news has gone on to something else. I can assure you that a year after these losses people are still in need. That couldn’t be more said for the islands right now.

They are still in substantial need. So for me, the takeaway from this won’t be as much about how we approached everything, but the time to restore and reoccupy. Our job for our company after the storms is first onsite safety and second is triage. Remove what we can so we can save the structure. The thin layers of drywall and other building material, we’ll pull those out rather quickly. We’ll drop Kyle (his son) on a job and leave him there to monitor the gross removal of water-damaged building material and manage the structural drying and the intent is to do it safely and expedite the time to repair and restore and reoccupy that minimize the cost to do all of those. For us, we’re going to focus a little bit on what led to the delays in restoring and what added to the cost to restore that led to the delay to reoccupy and we’ll be talking about side-by-side comparisons in many cases, the buildings like damage and what we know during the initial assessment and the review of the losses afterwards that led to those delays.

Michael Bowdoin, an attorney in Kingwood, Texas, told the story of how his mother’s house in Houston was saved:

There is a reservoir system on the west side of Houston called the Addicks and Barker reservoirs. It’s been there for 75 years, hundreds of acres, maybe thousands of acres of rice land behind this big dam. So the reservoir starts filling up. The Corps of Engineers says we’re early in the hurricane season. We have to let some more water go to prevent it from flooding when the next hurricane comes. So even though the dam was not full, they decided they would let water out. When they let the water out, they let it out through Buffalo Bayou, which goes across West Houston, through the middle of Houston, and down into Galveston and out the Gulf of Mexico. So the Corps of Engineer said to the general public, “Don’t worry if you haven’t flooded yet, you will not flood as a result of our water discharge. About 20 minutes after that announcement, my mother calls and says the water’s gone. I said, Mom, what do you mean the water’s gone?”

The water has now all receded and it’s dry in the streams. All the water is gone in 20 minutes. And my keen legal mind says something is not right here because there is a one-mile long, 25-foot deep retention pond by my mother’s house. Twenty minutes later, the water came back and this time it came back all at once.  Literally up the sidewalk into the house. Four feet of water in the house, in 20 minutes, after they open the flood gates. So I couldn’t get any cell phone reception for my mom. It turns out the neighbor across the street rescued her, and then they were rescued by a boat from the National Guard. She had four feet of water in her house and the water was in their house unchanged for 11 days. It didn’t come and go, it stayed there.