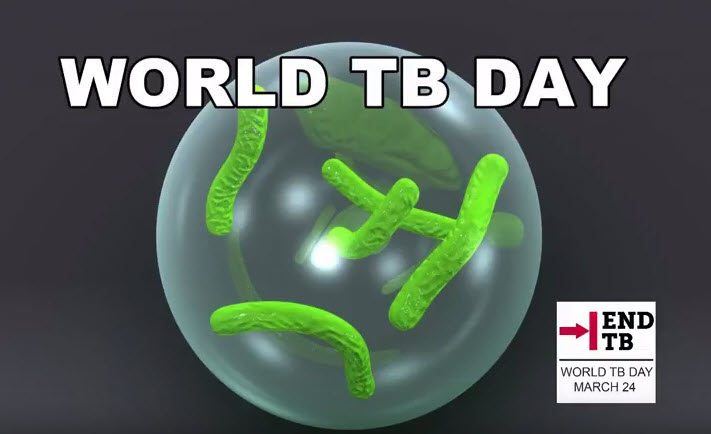 Each year, March 24th is recognized as World TB Day. This annual event commemorates the date in 1882 when Dr. Robert Koch announced his discovery of Mycobacterium tuberculosis, the type of bacteria that causes tuberculosis (TB).

According to the World Health Organization (WHO), approximately one third of the world’s population is infected with the tuberculosis bacteria. However, only a small proportion of those infected will become sick with TB as most people who breathe in the bacteria and become infected have a strong enough immune system to fight it and stop it from growing in their bodies.

For those who do become sick, the TB bacteria usually attacks the lungs, but it can attack any part of the body, such as the kidney, spine and brain. WHO reports that globally, TB is one of the top 10 causes of death worldwide and 40% of HIV deaths were due to the disease as recently as 2016. Today, a growing threat to the global community is multidrug-resistant TB (MDR-TB) and extensively drug-resistant TB (XDR-TB).

Mycobacterium tuberculosis can be spread from a person with TB disease of the lungs or throat through the air from one person to another when they cough, sneeze, speak or sing. This occurs when people nearby breathe in the bacteria and then become infected. This is why the transmission of tuberculosis can be a significant risk in healthcare environments and other places where many people share the same space for extended periods of time.