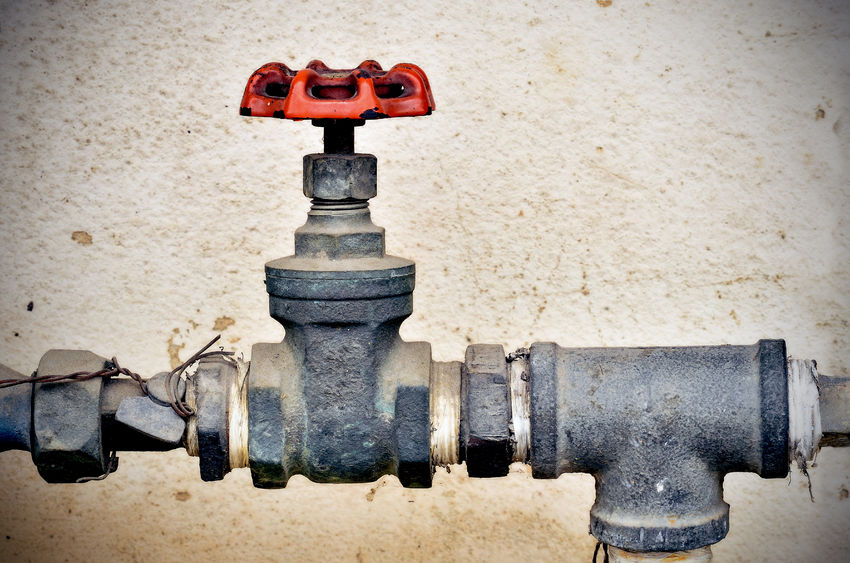 
Flint — On a west side street that shows sparks of hope but more signs of despair, Crystal Allen recently watched an earth-moving machine dig for lead and iron water pipelines.

While many residents in this city of about 96,500 welcome the replacement of water lines damaged by improperly treated water, Allen is among those here who say they feel betrayed by state government over the lead contamination crisis.

Allen, a 26-year-old mother, said she isn’t sure that replacing the pipes will change many minds about drinking the water — perhaps ever.

More: Judge weighs whether to dismiss Snyder, others in Flint water lawsuit

“People know they are putting pipes in, but people are still going to think that ain’t going to help the water,” Allen said on a recent afternoon with her 6-month-old son on her lap.

“It will be a point when I will start trusting the water, but to me, it probably won’t be until everybody has new pipes.”

Too many in this poverty-stricken city, there is an about-time, wait-and-see excitement to the block-by-block, neighborhood-by-neighborhood replacement of pipes. City officials contend the unique, nearly four-year project represents the fastest timeline for water line replacement in the nation.

City officials overseeing the project say the replacement of an estimated 18,000 pipes that started in March 2016 will be finished by the end of next year. The hope, they say, is to show residents that the ill-fated switch in April 2014 of getting drinking water from the Flint River instead of Lake Huron will be eventually rectified.

Almost 6,630 pipes have been replaced in Flint through June 21 as part of the city’s Fast Start program, officials said, which represents about 37 percent of the estimated number of water service lines.

But even the sight of pipe replacement crews doesn’t dispel the caution of residents who have bitterly complained about high billsfor water they don’t use because of mistrust.

In the same neighborhood where Allen watched the pipeline work, construction workers were putting the finishing touches on replaced underground pipes for Everett Anderson, 84, who lives in a well-kept house on Mann Avenue on the west side.

“I couldn’t be happier,” said Anderson, a retired bookkeeper who grew up in Flint, moved away and came back in the 1970s.

“I’ve waited a long time for this. But even though they’ve been replaced, I think I’m going to stick with the bottled water for a while. I know I am.”

Anderson shared some of his concerns.

“I don’t trust them, I’m sorry,” he said about the state and city governments. “… They thought they were saving a couple of bucks, but it’s cost so much more.”

Flint residents for years complained about paying what they considered expensive water bills from the Detroit area water system. Flint and state officials decided to have the city leave the Detroit system and join a regional water authority, using the Flint River as an interim water source while the Karegnondi Water Authority built its pipeline from Lake Huron into Genesee County.

The failure to treat the river water with corrosion-control chemicals — based on the advice of state water regulators — is blamed for the resulting lead contamination that was first identified in August and September 2015.

Flint officials acknowledge it could take years to build back trust for residents like Anderson and Allen.

“That might be the most difficult to overcome … is the consumer confidence,” said Robert Bincsik, the city’s director of public works, who is helping to oversee the pipeline replacement effort. “I have my opinion that it may take a generation before you get folks confident in their water source again. It may take a couple of generations.

“That’s one of the problems that we have as a utility. We’re trying to sell our commodity, and nobody wants to buy it.”

Dr. Mona Hanna-Attisha, a Flint pediatrician whose research helped expose Flint’s lead contamination crisis, encouraged residents whose pipes haven’t been replaced to remain on bottled or filtered water “to minimize lead release from the infrastructure work.” But getting residents comfortable, she said, is going to be a long time coming.

“The trust issue is also huge and understandable, as well as the affordability,” Hanna-Attisha said. “The bottled water was helping folks with the ongoing affordability of water  and water is still being shut off in some homes because people can’t pay their water bills. Totally unjust.

“Trust in the water is going to take a long time to come back. It will require ongoing transparency, visibility, resources, and efforts at restorative justice and democracy.”

The pipe work has created other issues. Even after the replacement is done, in many cases the yards and sidewalks remain torn up. Sometimes those areas are not repaired until a year later, city officials said.

The pipeline replacement is being funded with federal money that was approved for Michigan in late 2016 as well as from part of the state’s $97 million settlement of a federal lawsuit filed by the Concerned Pastors for Social Action group in Flint.

The agreement also included health care programs and free bottled water distribution, the latter of which Michigan Gov. Rick Snyder stopped in April despite criticism from Flint Mayor Karen Weaver and other officials. Snyder said he halted the water program because lead water levels in Flint had been below federal action standards for nearly two years.

The governor’s office has declared that Flint’s drinking water is safe based on rigorous testing, but the state is still providing free filters given residents’ mistrust.

“The testing meets all the safety standards, and it’s testing better than all the other municipalities in the state and around the country,” said Snyder spokesman Ari Adler.

“The biggest issue that we’re still dealing with is trust, and that is going to take time. But we are again in a quandary: (If you) don’t trust the water and don’t use it, that can lead to larger problems down the road with stagnant water in pipes.”

There may be fewer than the estimated 18,000 lead and galvanized steel pipelines because construction workers are discovering more copper-to-copper pipelines leading to residential homes, particularly as they venture away from the city’s core, officials said. There are five construction companies working on the project.

Weaver has heard an earful from residents about why their pipes haven’t been replaced and has pushed to speed up the process.

“There will be residents that will say this is taking far too long. Those of us that are in government know how fully the process works,” she said. “You might get a different word on the street. They are not saying, quickly.”

Some areas became priorities for replacement because they had large populations of children younger than 6 or elderly residents, the mayor said.

“I’m not telling anybody that it’s OK to just drink the water straight out of the tap when you have this amount of construction going on,” Weaver said, adding the work could unlodge lead particles. “And that’s how this whole fight (with the state) started and that is why the bottled water needs to stay in place.”

Darren Simpson, 43, who lives in the so-called college cultural neighborhood on Pierce Street just northeast of downtown, doesn’t plan on drinking the water out of the faucet anytime soon. And his neighborhood was among the first to have its pipes replaced in 2016.

“I don’t want to sound unappreciative, but I still don’t trust the water,” Simpson said as he stood on his porch with his 4-year-old daughter, surveying the new concrete sidewalk and his well-manicured lawn that took nearly a year to fix.

“I’m appreciative that we’ve got the whole lead line removed, and I appreciate all the water testing, but at the end of the day, we don’t drink the water. We just bathe in it.”

Despite improvements, Simpson explained why he remains resolute in his mistrust.

“The problem is, they lied to us once already,” he said. “So the people that once lied to us already, how in fact do you believe them when they come back and tell you that it’s OK. Right?

“Until it is clear throughout the city of Flint, they need to be able to provide that free bottled water for the citizens of this city.”

His neighbor across the street, Charles Edwards, 38, agreed.

Not everyone is getting their lead and galvanized service lines replaced. City officials say only those with “active” accounts will have that service. There are an estimated 30,000 active accounts in Flint, with 28,400 being residential and around 1,800 for commercial use.

The removal process is an intricate one: using drill machines to bore holes in the ground and be precise to line up the line with the meter, as well as knowing where the gas, electrical and sewer lines are located, which are marked with flags of different colors. Before that, another contractor “hydrovacs” the lines by injecting water into the ground and pipes to figure out the composition of the pipes to try and ward off needless digging, officials said.

Tim O’Brien, a foreman of one of the pipe removal teams for Lang Constructing, said his crew does up to five to six houses per day. Lang is one of several contractors doing pipe removal.

“I was in the worst area (of Flint) last year we didn’t have any issues with anybody or anything like that,” he said.”A few people were like, nah, I don’t want you coming in my house. But that’s a small percentage, but even then they let you in to do the work. Everybody has been great and receiving to us. I’ve heard horror stories but I haven’t seen them (happen).”

For Shane Burton, 46, who was cutting grass recently at his northeast Flint home, the removal of pipes couldn’t come fast enough. His neighborhood was being marked for pipe removal that recent day.

His neighbor, Mike Martinez, 31, said the pipe removal process “is a Band-Aid at this point. If lead is as bad for the human body as they say it is, why didn’t they come through four years ago and check these and see what’s copper and see what’s lead and fix them?”

Burton said he has no trust in the state or the city, even with the pipe replacement. He suspects because their homes were built in the 1930s that they both have lead pipes.

“If this had happened in Rochester Hills or Auburn Hills, this would have been done a long time ago,” Burton said. “You know that and I know that.”